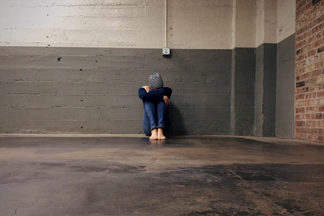 Despite being one of the wealthiest nations on the planet, the United States struggles with a high level of poverty and homelessness, especially among the younger population. In fact, 40% of the homeless population in the US are under the age of 18.

The highest rates of unsheltered homeless youth occur in the Western US states. California accounts for one-third of all unaccompanied homeless youth, with other states such as Washington, Oregon, Nevada, and Alaska also having large populations.

READ MORE: Teen Cyberbullying and Social Media Use on the Rise

While the numbers are shocking, it’s even more disturbing to learn over 50% of young people living in shelters and on the streets report that their parents actually told them to leave, or at least knew they were leaving and didn’t care.

The main cause of teen homelessness is physical, sexual, and/or emotional abuse from parents or guardians. Here’s a closer look at the numbers:

Adolescents aging out of foster care are also at extreme risk of homelessness with around 50% becoming homeless within 6 months of leaving. This is largely due to a lack of education, social and financial support. They are often ill-prepared to live independently.

The numbers paint a sad story. Homelessness is taking a heavy toll of America’s youth who are at a much higher risk of physical abuse, sexual exploitation, substance abuse, mental health issues, and death. In America today, over 20,000 kids are forced into prostitution every year, and 5,000 unaccompanied youth die as a result of assault, illness, or suicide.

Despite the gravity of the situation, resources are severely lacking. Nationwide, just 4,200 beds are provided for youth, meaning more than 90% are left without shelter. This gap in resources perpetuates a vicious cycle.

To explore this topic further, we collected data from the 2018 US Department of Housing and Urban Development homelessness report and compiled it in the infographic below: